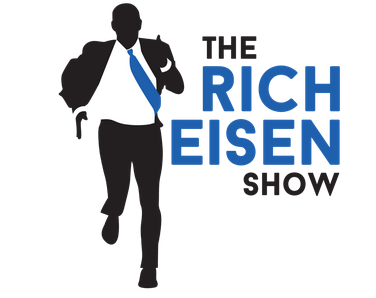 Rich Eisen (@richeisen): One of television’s most visible anchors and personalities, Rich Eisen was a mainstay on ESPN’s SportsCenter from 1996-2003 before becoming the first on-air talent added at the NFL Network in June 2003, five months before the network’s launch in November of 2003.

As a four-time Emmy nominee for “Outstanding Studio Host,” Eisen can be seen Sunday morning’s throughout the NFL season hosting the network’s Emmy-nominated NFL GameDay Morning. As the signature host of the NFL Network, Eisen also serves as the emcee of the Pro Football Hall of Fame Induction Ceremony in Canton, Ohio, and also anchors the network’s special on location coverage of the NFL Draft, NFL Scouting Combine and Super Bowl. As a graduate of the University of Michigan, Eisen earned a Master of Science degree in Broadcast Journalism from Northwestern University’s Medill School of Journalism in 1994. He resides in Los Angeles with his wife, Suzy Shuster. Together they have three children and two rescue dogs.